5 Books that Inspired Me to Write Suspense Thrillers

In May, I had the opportunity to post about the 5 books that inspired me to write my coming-of-age suspense thriller. It sounds easy. Or at least, it sounds like it should be easy. In fact, picking the 100 books that inspired me would’ve been easier. Narrowing, no pinning down, just 5 is a lot harder than I could’ve imagined. If you don’t read, it sounds pathetically easy. If you do read, go ahead try. I dare you. It’s not that easy. And well after the fact, I am still thinking of adding a book and that would require me to extract one of the chosen ones. It’s not working in my mind. Such is the life of a suspense thriller writer.

So, I’ve gone back to the reasons why I chose just those 5:

1.Macbeth by Shakespeare – I was twelve when I first read Macbeth. “Containing all the high drama of political ambition, power, war, descent into madness, greed, guilt, paranoia and murder in prose both lyrical and brief, I was hooked on the sheer beauty of language and storytelling.” I forgot to add that I was dealing with the same potent cocktail of hormones as any other puberty-bound pre-teen. And then there was this:

Song of the Witches:

Double, double toil and trouble;
Fire burn and caldron bubble.
Fillet of a fenny snake,
In the caldron boil and bake;
Eye of newt and toe of frog,
Wool of bat and tongue of dog,
Adder’s fork and blind-worm’s sting,
Lizard’s leg and howlet’s wing,
For a charm of powerful trouble,
Like a hell-broth boil and bubble.

Double, double toil and trouble;
Fire burn and caldron bubble.
Cool it with a baboon’s blood,
Then the charm is firm and good.

Now that’s brilliant. This version is from poetryfoundation.org. Judging from the way my twelve year old daughter reacted to the movies Hocus Pocus and Practical Magic, I would say Shakespeare was on to something over 400 years ago. And of course, it truly was a suspense thriller.

I read this around the same time as Macbeth. “All the horror of the confused boundary between life and death mixed with paranoia and mental deterioration was fascinating. Even more stunning to my young mind was the strange motivation of wishing harm upon someone the character seemed to both love and hate.” If you’re sensing a theme, so am I. Confusing boundaries, mental confusion, wishing harm on loved ones and hating them? Nice description for that age and all its hormone-fueled angst. One book I did not include but one that scared the willies out of me at the time was Rosemary’s Baby. Yes. I sometimes did not sleep. And they made a movie and that meant a few more days of insomnia. But the hardest thing to bear in The Tell Tale Heart was the idea of sitting over the corpse waiting for the heart to begin its beat. It was a suspense thriller without me even knowing the meaning of the term. 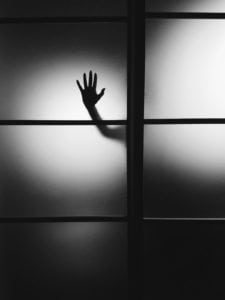 photo by montylov on unsplash

I read this in middle school–again–but this time, it was required. I learned something about required reading and never groaned again. Although, there were times I felt I had missed an opportunity to express real exasperation. “The concept of a pathogen taking most of the world and leaving a few hapless people alive was terrifying.” The pursuit of tools and the abandoning of others gave me fresh insight into the power of symbols in storytelling. It is also fueled a lifelong fascination with the microbial world. By the time I graduated college, I had read Plagues and Peoples by William H. McNeill. Voluntarily. And more than once. By the time I had a full-blown 70+ hour per week corporate job and a newborn, I had read The Coming Plague by Laurie Garrett. Voluntarily. Lugging the massive 700 page tome through multiple airports every week. Nothing has really changed since Laurie Garrett wrote The Coming Plague in 1994. Spillover by David Quammen (I gave a lengthy review on Goodreads) expresses this lack of progress. In my master’s program, I wrote a paper on the incredible social impact of the the Black Death. I have a bookshelf devoted to man and pathogens and, while cholera is explored in Entangled Moon, it will not be the last time I visit this terrifying aspect of the human condition. There’s a reason Bill Gates, a perennial optimist, often worries about it. Am I passionate about diseases? Passionate enough to admit this required reading made it on to my list of 5 all-time inspiring novels. All diseases have the makings of a suspense thriller.

4. Bury My Heart at Wounded Knee by Dee Brown

In 1971, my parents gave me Bury My Heart at Wounded Knee by Dee Brown. “While it did not address my grandmother’s tribe specifically, it did portray the narrative of American Indian history in a manner consistent to that within my family but not in society at large. The book taught me that history is a story and that narratives sometimes convey the meanings of a prevailing society and, as a consequence, they are like a crime needing to be disentangled and solved.” It was an exploration into how that narrative and the photographs of how the West was won could destroy a sense of identity. It is this sense of loss that disquiets Mariah in Entangled Moon. Indeed, the pictures captured in Bury My Heart had little to do with the patterns on my ancestor’s purse that was kept in a special box, now lost to time, or the stories my great-Aunts shared with me. But it fueled a lifelong search for meaning in history and in narratives. George Orwell, who believed lies were worse than guns and death, would be proud.

5. The Hobbit and Lord of the Rings by J.R.R. Tolkien

The ultimate hero’s journey, The Hobbit and The Lord of the Rings trilogy convey worlds of meaning. “Archetypes, adventure, intrigue, lessons in power and choice, betrayal and the slippery slope of vice and the difficulty of virtue make for the ultimate story rich in high stakes. The incredible world he created was fantastically beautiful and the message that even the smallest of people can change the world through individual action directed toward a collective good has influenced my life as well as my writing.” The human condition all wrapped up in the written word, Tolkien’s masterpiece continues to inspire so many people. And, of course, there was plenty of a suspense thriller between all those pages. On that note, I’m off to read it for the fifth but not last time.

“To the hobbits! And may they outlast all the wizards!” 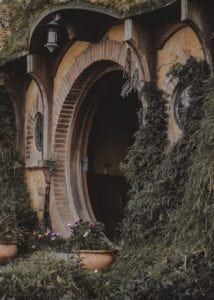 photo by tyler lastovich on unsplash