She had been walking between two worlds most of her life. Like DAPL criss-crossing worlds as if they did not exist. It was her Mom who first told her how to travel in between. That conversation was perma-inked into her memory.

“But Grandfather does not believe the way of the white man’s church. So why must I go?”

Her Mom’s expression did not change. “Mariah, you must understand the white man’s ways. You must find a way to walk between both worlds. You cannot accept or reject that which you do not know or understand.”

“And what if I already understand and choose to reject?”

“You cannot understand enough to reject yet.”

But she already knew. She could not blame her parents for trying. It was a form of protection. They knew there were consequences for not knowing. Both had graduated from Indian boarding school and both bore scars though they wore them differently. She suspected her Mom’s were internal and floated in a language of solitary pain. But Mariah knew enough to know her Grandfather understood. White man’s heaven was here. The ground upon which she stood has its own spirit. She felt it through her feet. It touched her heart. The sun imbued its spirit upon her. It penetrated her skin. The rain and the wind softened her soul. These things she knew. She prayed to the dead animals alongside and in the road. Quietly. She prayed they lived a good life and did not die in vain. She prayed that they lived as she did with the earth beneath their feet, the sun upon their heads, the rain in their hair, and the wind within their hearts. She prayed that they would feed those who were meant to cleanse the earth as she too would someday feed the earth. It is something the white man’s priest did not understand. For him, it was a trial to be endured until he could get to heaven. All was from without. Even his myths were outside of himself and devoid of his sense of being a part of the mystery. She was glad she shared Turtle Island with eagle and horse and all the other creatures. She already lived in white man’s heaven.

But those were simpler times. Before DAPL and all the other things she had learned about resources and those who would control them.

She missed her parents and her grandparents. And now both worlds were blended. One had come to the other. She had been fooling herself. One can never truly leave the white man’s world. Canada and the U.S. are in Turtle Island, but neither knows it. White man’s world can never extract itself from Turtle Island. And that is where the two worlds have become entangled.

The world she had worked in had often been defined by clear animosity between Russia’s sphere and that of the West, but the wall had come down and things had become less well fixed. Conflict over valuable resources and the power they wielded had now overrun the global landscape and often ended up in someone’s backyard. Like DAPL. Economic dynamism and technological innovation–power and progress–were the driving forces. The same ones that defined the Industrial Revolution and its Manifest Destiny and the attempted extermination of her tribes. Mariah pulled out her headphones. Song of Survival by Red Eagle blasted in her ears. It was the same old shit but it was dressed in different clothing.

Her brothers and Dennis kept telling her to leave it alone. They didn’t think she was prepared to go up against the big guys again. But that was the point. She was back on the Rez and she was ready for battle. It reminded her of the song she used to listen to in college–the controversial one that couldn’t get any play time in the U.S.–We Were All Wounded at Wounded Knee by Redbone. She raised the top to her computer and let the screen light up–a blank screen for a new article. Oil and water. Her brothers and Dennis were at Standing Rock to protest DAPL and she was at home, but the pen is mightier than the sword and she intended to wield it. The Dakota Access Pipeline (DAPL)  didn’t just threaten Standing Rock. She switched on the song Stand Up/Stand N Rock #NoDAPL and reviewed her notes.

At the center of the controversy lay the heart of the matter. How do the actions and decisions of the Army Corps of Engineers under the federal government conflict with the intent of The Religious Freedom and Restoration Act and the First Amendment of the Constitution and what duty does federal law and the judicial process have to protect the Constitution? Fundamentally, what value does the nation and its economic players place on treaties which are Constitutionally deemed to be the law of the land? And once those questions are answered, how do the answers affect the treaty rights of all tribes? DAPL was a slippery slope. She thought of the Rose Garden and how its boundaries had started to close in on them.

Mariah’s playlist switched to AbOriginal by Frank Waln. Mariah smiled. She was feeling like she did in the old days. Before she became an observer, a traveler through others’ space, a wanderer of an in between world. She felt more whole and that made her lose her edge. She frowned and wondered at the woman she used to be–the one who became faded by the touch of others’ deaths. The woman who hungered for the meaning, even the intimacy, harbored within the folds of dying. In the struggle to survive, heroes are bigger, evil is more malignant, foes are the darkest of enemies, and endurance is the sweetest of gifts. In a world in which we fight for control and authority of our lives, helplessness is our greatest fear. The memory of the moment she almost lost everything returned. The bone man. His tongue slithered across his dried lips. Mariah shivered. She banished him again. She remembered the first time when she danced and collided with life, and there was no reason to define time or space. There was a place where terra firma and terra infirma, a moment when solitude and community, and a point at which stasis and evolution met and blended. Where they converged was the point at which the truth peeled back upon itself, and love, eternal and unattached to human convention and language, sprang forth without restraint or condition. She had no need for him in her life. She was once again safe in her tribe.

She switched the song to Stadium Pow Wow by A Tribe Called Red ft. Black Bear. No. She understood the stakes as she began to write. 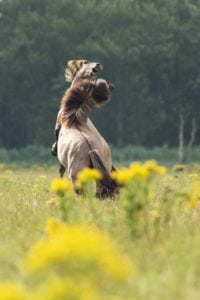 Photo by Hans Veth on Unsplash