‘You can choose now. You can be black and white. Biracialism is a ‘thing.’ I barely heard the young woman’s words. They were like an echo. And that is how I came to call Mariah. I needed to hear her say it.

“Mariah?” Even now after all these years and the miles in between, I am that little girl again. Even after all we’ve been through, my heart belongs to those who helped root me to the space my imagination would not allow me to inhabit. Jerome used to tell me to quit running away to Africa, but that was when I did not have a true place I could call home. It had been taken from me. My friends had been the only people to root me to this world, to my past, and they had given me the dream–a sliver of a dream–of a place to rest. Africa had played the part for so long, I could never imagine another, but while my friends lived, I pretended I could return some day and find home.

Then I met Jerome and he became my home. Terrell spoke that truth into my heart.

“Yeah. Sorry. I was daydreaming.”

“About…how everything could’ve ended so differently.”

“Because I imagined a world in which I could make a difference. The world Daddy imagined. But little has changed between then and now. My world is still defined by the paradox of biracialism. I am a white girl living in a black girl’s body, a black girl living in a white girl’s life, growing up the daughter of a product of the Jim Crow South, growing up on the fringe of one of the wealthiest towns in America. Paradox defines me and I am tired of picking and choosing which part of me I will be today. Or worse, allowing others to define who I will be today.”

I expect Mariah’s silence, but it unnerves me. Today is the day Momma died and after all these years, I still need reassurance that there is something that can make that make sense.

“Eve,” Mariah’s whisper does not soothe. “It’s always been this way. People have been mixing races for eons, but wherever a prevailing society exists, those who do not fit will fall into a state of ambiguity that requires choices.”

“But I don’t want to choose. I cannot choose between my Momma and who she was and my Daddy and who he was.”

“Then don’t. Others may make that choice for you, but you do not have to accept it. Break the template. You are both and no one can define you differently.”

It is only a moment of weakness for Eve. She, like Mariah, is a truth-walker in Entangled Moon: A Novel. Because they are both biracial, the ambiguity into which they were born affords them a certain insight into a truth that others who are more safe and sure with their social definitions do not always have. Race exists in the minds of human beings, but it is an existential illusion. In truth, there is little genetic diversity among humans and little between us and chimpanzees. And that’s the point, genetics are a funny thing. In some ways, they serve to scramble human characteristics in order to safeguard the welfare and ultimate survival of the species. There is a reason why biodiversity is preferable to homogeneity. In fact, there is a theory that defining outsiders was nothing more than a means of keeping novel pathogens from decimating a community.

But to put it in more human terms, Eve and Mariah struggled for years with self-identification. Meghan Markle explains the issue well–“Being biracial paints a blurred line that is equal parts staggering and illuminating.” However strong, confident, and beautiful the now Duchess of Sussex appears, there are still those who struggle with the social realities of biracial ambiguity. Eve and Mariah grew up in a time when the census did not provide a comprehensive view of who they were or could be. They had to pick one group and that’s who they were forever and ever. I still remember the day I was allowed to put down more than one race. I tentatively checked the boxes, turned in the paper to the social security office, broke out into a wicked cold sweat, and demanded the paper back from the woman behind the glass partition. No.

No. To the government of the United States, I was now multiracial. What will they do with that knowledge? If I remember right, I think I dropped an F-bomb. Even ex-Indians don’t give any more information than necessary. Just enough to get by.

Eve and Mariah’s  world was my world. To make it even more complicated, my brother was blonde and blue-eyed. People used to stop my Mom and ask her if she had an affair with a Swedish sailor. It was meant to be funny, but there was no doubt genetics were having their fun at our expense. I looked like my beloved Dad. I was the dark child. Yes, those were the words used for me. Dark-haired. Darker-skinned. Dark-eyed. Super curly wild hair. Small eyes. Non-white nose or how a certain plastic surgeon put it to me, “I can fix that thing.” By that time, I was proud of my nose and all that it symbolized.

I was already bleeding into my skin.

I remember when Janice Dickinson arrived on the supermodel scene as the first “ethnic” model. Part Irish and part Polish, she was told by many in the industry that she was much too ethnic and she would never find work. Have we come a long way? Well, sort of. I’m not sure Eve or Mariah would be entirely satisfied. As truth walkers, they see it the way it is. There is a ways to go. Or in Sarah Gaither’s words, “slow social acceptance of multiracial identities remains the norm” and “interacting with someone who is racially ambiguous in appearance is also more cognitively demanding than interacting with someone whose racial background is clearly known.”

Growing up, I had wanted to belong. For a long time, despite my 3rd grade teacher, I did because young children don’t understand such things. Middle School was different. To assuage the loneliness of not belonging, I took refuge and found solace in books, poetry, music, and dreams. I have long believed that we become better people through learning to deal with adversity than by the good times we have in life. I discovered this at an early age. But the alienation of being different is almost as taxing as dealing with the consequences of slowly becoming alienated from oneself. And that is often what happens when one has to reconcile with being just one part of who one is or is perceived to be. Being ambiguous often remains ambiguous. As I moved away from my childhood, I learned how to relax my hair and wear makeup to hide my more questionable features. In time, no one questioned who I was and I learned to hide from myself. Working in employee relations, I even learned how to listen to managers disparage people of other races–parts of my now covert self. At home, I would heal over the wounds. I prided myself on walking the line between the needs of the company I worked for and the employees who perceived themselves as being treated differently. Most of my training and investigation centered on the importance of perception. Perception requires listening in order to understand how one perceives their identity and treatment. Unfortunately, listening is fast becoming a lost art.

But this is where genetics get funny. My brother always perceived himself as being very much white even as he has gotten darker than he was as a child. He still has blue eyes. And I have lightened up. I am no longer the dark child. In fact, my hair post-anesthesia is everyone woman’s dream. The frozen orange juice cans and iron were long ago retired. But I’m not sure we ever move beyond how we were perceived to be growing up or even how we perceived ourselves. It is a nuance for which genetics cannot always account.

And that is why the royal wedding was so amazing–it could not have happened without the Queen’s approval. Even more, the carefully curated entry for Meghan Markle on the royal website could not have happened without that same stamp of approval. I think of my great-grandfather and the anguish his biracialism must have caused him back at the turn of the century. Blonde and blue-eyed, how did his relatives traveling through with their tales of the starving and dying affect his psyche? How did the  dissonance of his appearance with the truth of his Indianness not drive him to drink? In some ways, the Queen’s behind-the-scene’s actions are all the more stunning.

Someone in power gave the rubber stamp of approval to biracialism and multiracialism. It is extraordinary. And yet, indigenous women continue to go missing in Canada and no one pays much attention. We have come a long way without getting very far.

There is one truth I have kept all these years. It is a truth Eve and Mariah understand. Race is something that exists only in the mind. If you took all the bits and pieces of difference away from me, would I be someone or something else? I am still me. And that is one of the themes that runs through Entangled Moon–we are more than the cloaks of our ethnicities and cultures. We are as much defined by our shared experiences as the experiences that make us different. In a world of quantum entanglement, we cannot extract ourselves from each other. In fact, we exist because we are here as each other’s observers. If I hurt you, I hurt myself. If you hurt me, you hurt yourself.

The world of cause and effect works with or without or implicit or explicit approval. It marches on. We can either go or stay and that is what we call evolution. 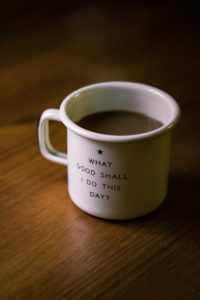 Photo by Nathan Lemon on Unsplash