Rumi.nations of Life in Texas Day 7

I felt it last night when I went down to put away the chickens for the night. The wind in 30 minutes had gone cold. As I locked the coop door, their feathers fluttered.

At 12:30 a.m. I awoke to the bed shifting. Provo had crawled closer to us. Lightening flashed through the curtains and thunder cracked quickly. Its nearness set me on edge. I’m not afraid of thunderstorms even though one many years ago turned into a tornado, but there are times when their power diminishes me and makes me feel small and vulnerable.

By morning, the skies had cleared and the cold front was in place. 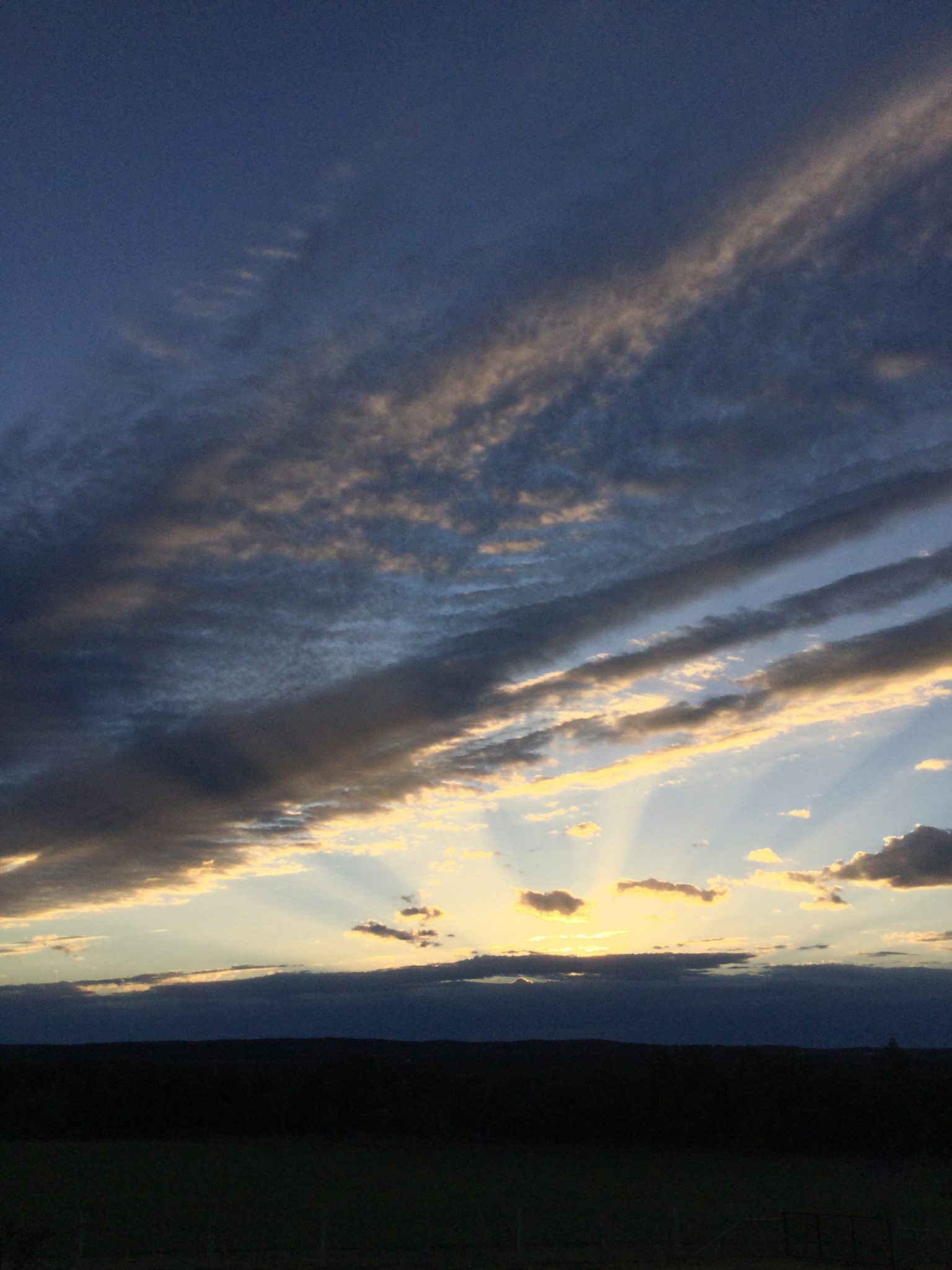 I went to Tractor Supply to buy chicken feed and dog food and the wind grabbed the car door from my hand. I caught it before it dented the car next to me, but I had to wrestle with the weight of the door and the power of the wind.

Three days of wind. It begins to exhaust the senses.

I made hummingbird nectar today. I cleaned their feeders and filled them. The feeders swung in the wind, but the birds were undeterred and floated as they drank. 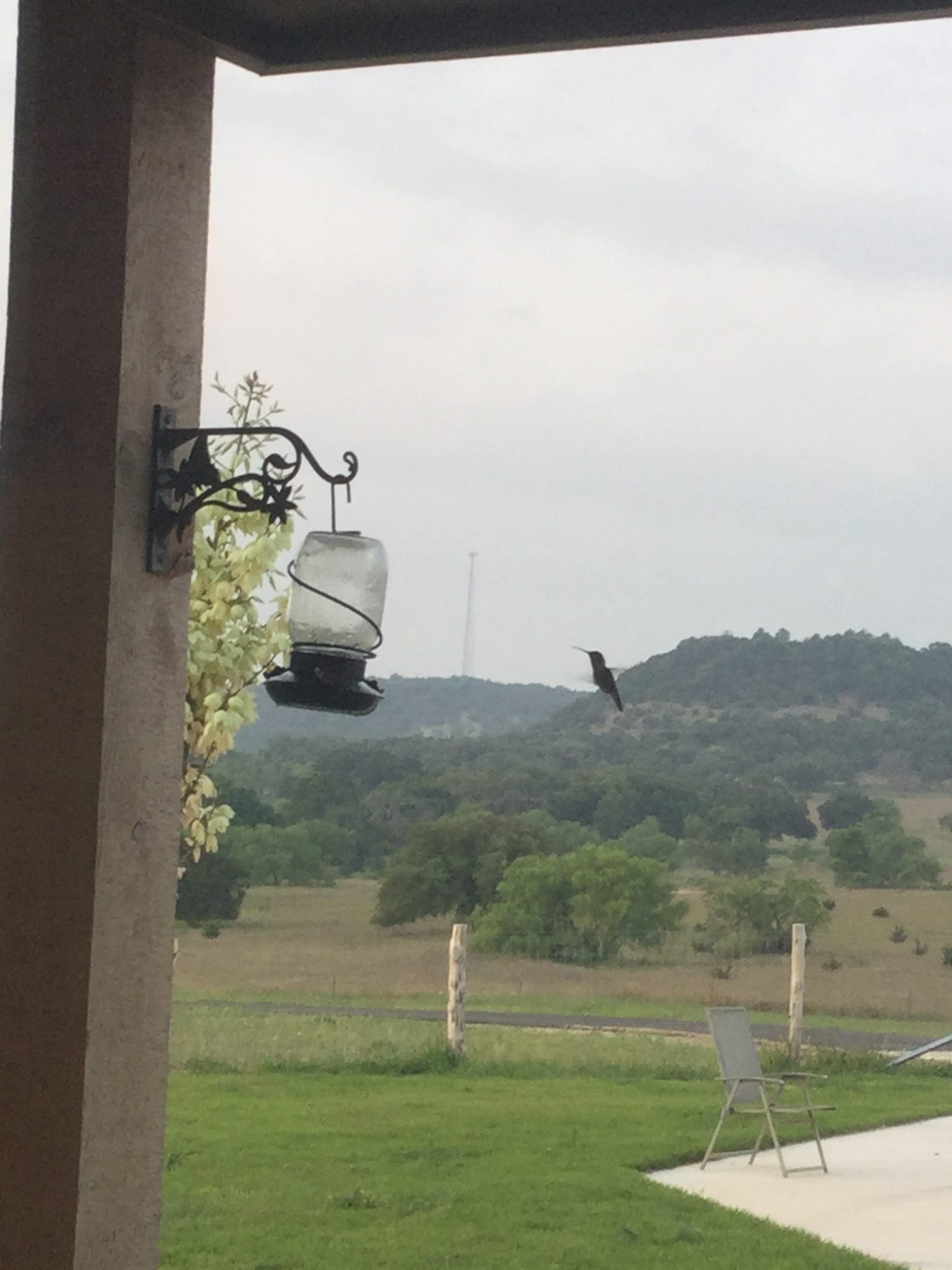 Watching them flutter at the feeders made me think of my experience in Tractor Supply and about guilt and forgiveness. Not that the birds had any need for remorse, only that their trust was absolute. I have the weight now of responsibility for their wellbeing. I must be there to keep their feeders clean and filled.

The man in front of me at the checkout was asked if he would like to donate a dollar to 4-H. He said yes, of course, and explained that it was a worthwhile cause that he and his wife believe in and they give to it often but they would love to do more and, yes!, what is a dollar in comparison to all that they give and they just gave at Christmas. I was breathless for him.

Why is it that we Americans feel guilty? We are often told that we don’t give enough – mostly by our politicians and other multi-millionaires who somehow get into our heads and convince us we must do more. And we must keep track and write it on our tax returns or it doesn’t count. Or does it? Guilt is often a useless emotion.

I think of all the ways people give without tallying the ways. I have witnessed a million kindnesses. Donating clothes to charities, tipping service people, putting money in the Salvation Army bucket, opening doors and giving up their seats for vulnerable people, throwing change into buckets for local people who are suffering from cancer or dogs and cats who need shelter, helping turtles cross the road safely, rescuing birds and squirrels who have tumbled from trees, dropping money into buckets of street performing artists, handing money to homeless and down-on-their luck people. There are a million kindnesses we all commit every day and we rarely tally them. We don’t write about it. We just do.

And we feed birds and rescue butterflies from doorways.

And yet guilt is an often used theme in writing. It is part of the human condition. Without guilt, there is no judgement. And what kind of a world would we have if we did not have  these emotions against which to struggle?