It is often difficult to separate chaff from grain — to winnow the wheat in the harvest — the truth from that which becomes hidden. The concept, of course, requires some judgement, but that only infuses things with potential conflict.

When we don’t understand first intent or first “discovery,” we lose track of the moment and the moment becomes a ghost of myth.

There is a line of thought outside the Buddhist community that Buddhism is a technique brought to the West by hippies who ventured forth into Buddhist lands, converted, and brought it back thereby imbuing it and infusing it with very Western thinking.

This “forgets” the thousands of immigrants from Buddhist lands who have been venturing beyond their own lands for eons.

Even a rock will not stay in place. 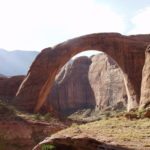 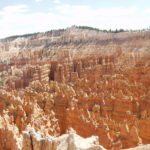 So the question is, did immigrants bring Buddhism to the West and did it shape shift outside original areas? Or was it brought to the West by Westerners who imposed their own formative thinking upon it?

My bet is on a little bit of both.

In an ever interdependent world, the rock both acts upon and is acted upon.