The first 2 years of my life, my palette was influenced by the Philippines. Mangoes, papayas, guayabano, coconut, and bananas. To this day, I crave those foods. That was the beginning of a very complex journey. 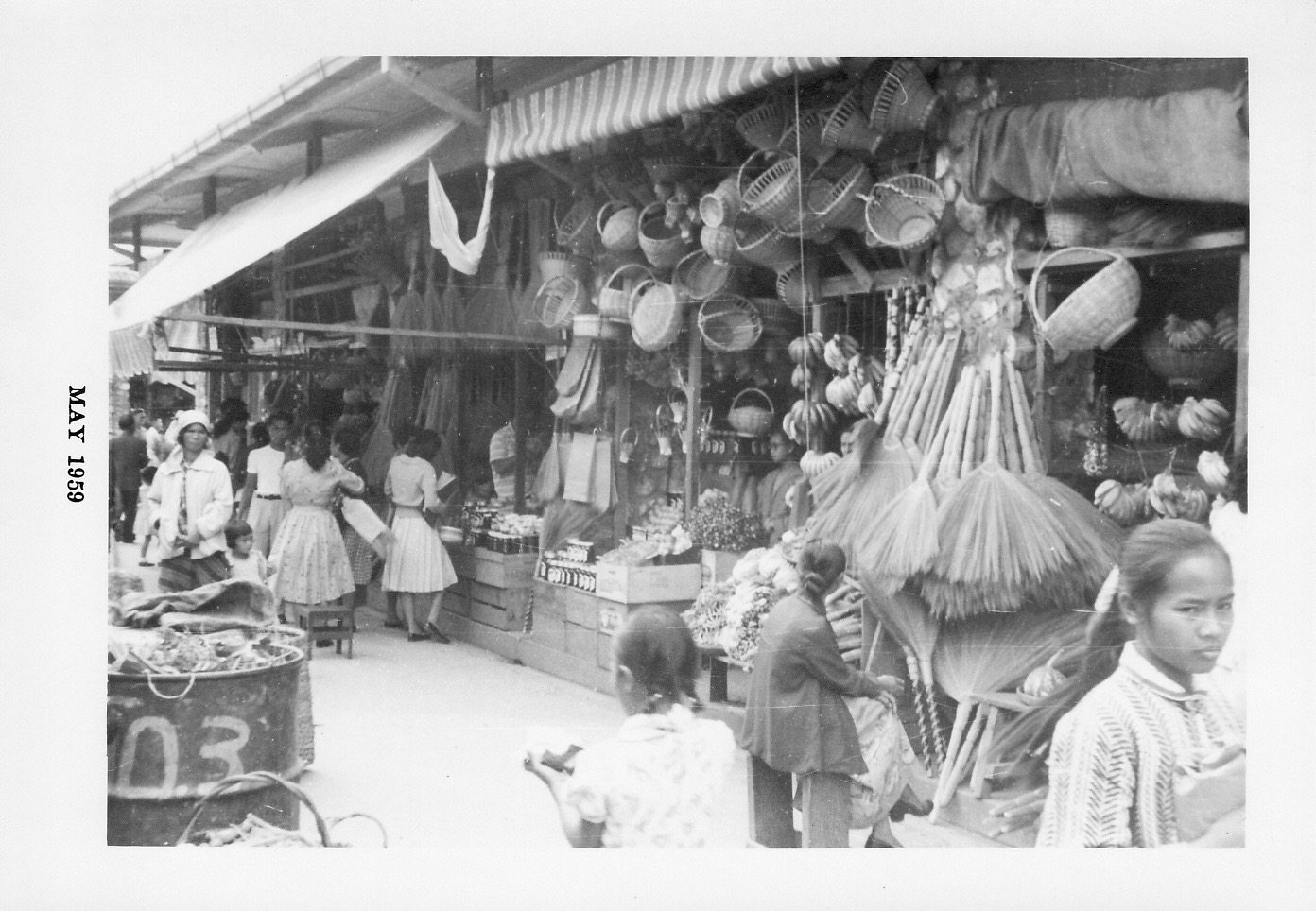 Food is as complicated as family. We are born into families in which our palette is set either by acceptance or rejection. From there, our food horizons evolve. I don’t know anyone who grows up eating one way and ends their life in exactly the same place – food and palette wise. Raising and feeding kids is like turning a lens on oneself.

Growing up, my parents, brother, and I ate a lot of variety for a family on a budget, but that always included salads. For me, it was also the point in my life in which I came to terms with my distaste for meat. “I’m not eating meat anymore.” My announcement was respected though my Dad and brother thought it was another one of my fads. But my on-on-and-off-vegetarianism lasted a long time, though it was complicated.

When I graduated high school and moved to France for a year, I lived with a sommelier for the French government and a woman who could cook. I mean REALLY cook. I lived in a beautiful little town, Vineuil, across the river from Blois. Every day, I would help faire des courses. With basket in hand, we would visit the boulangerie patisserie (baker), epicerie (little grocery store), and charcuterie (butcher). But my favorite was la fromagerie, the cheese shop.

My morning ritual was a large bowl of café au lait, a large piece of baguette slathered in rich butter, and a bird’s eye view of the cheese, perched on a platter and melting in the morning sun. By the time evening rolled around, the main course was finished, and it was time for the cheese interlude (before dessert), it had ripened into a sensory crescendo.

Thus began my love affair with wine and food.

By the time I arrived at college with 20 new pounds on my skinny ass, food was more than a passing thought. I discovered Diet for a Small Planet by Frances Moore Lappe and I became a member of the local food co-op which meant volunteer time dumping bulk beans into bins and discouraging mice and rats from taking up residence. Growing up in a family in which sustainability was a way of life and, therefore, never an expressed view, becoming part of the organic movement was natural. I was a bit of an oddball in Tidewater Virginia in the late 1970’s but I had a small group of like-minded friends. I became famous for my Song of India Rice.

After college and with a very dog-eared copy of Diet for a Small Planet in hand, I moved to Washington, D.C. – the mecca of international cuisine. My taste buds exploded. It was also in the nation’s capital that I read John Robbins’ Diet for a New America and fell in love with Moosewood Restaurant recipes and those of Madhur Jaffrey. Even though I no longer belonged to a co-op, I continued to shop at health food stores. But I also was a devoted reader of Gourmet magazine and would read it cover to cover. The world of the gourmand was blossoming.

With an abundance of choice around me, my resolve to not eat meat caved. It didn’t help that I struggled with undiagnosed adult onset allergy induced asthma. The struggle between health and food got complicated. It was also during this time my brother grew an overabundance of tomatoes and I ate one too many gazpachos resulting in a still thriving sensitivity to the fruit. The company I worked for also gifted us with a holiday meal at one of the most famous restaurants in the city that resulted in a life-threatening allergy to mussels.

From that point onward, my relationship with food has grown as the years have gone by. Being married and in a family has it own set of food dilemmas. But my commitment to the organic movement has never faltered. For the entirety of my children’s formative years, I participated in a food co-op. What we put in our mouths is a blending of soul and nourishment. Annapoorna, the Indian goddess of food, is an expression of that divinity. Even when I stray, I always come back to the spirit with which food is imbued. Living no more than 50 miles from the Culinary Institute of America in Hyde Park, taking enthusiast courses there, having so many graduates open and operate restaurants nearby, and watching the birth of the farm to table movement, I have been gifted with being able to participate in one of the most wonderful food moments in human history.

Some of the best memories in my family life revolve around food and its rituals. Sitting around a smoker or BBQ, chopping condiments for our Easter curry, kneading dough for croissants, rolling crust for pie, basting turkey for Thanksgiving, throwing in ingredients for a winter crock pot, making pasta salads for summer get-togethers, and all the other little moments of celebration and gatherings, are the memories that fill a life. 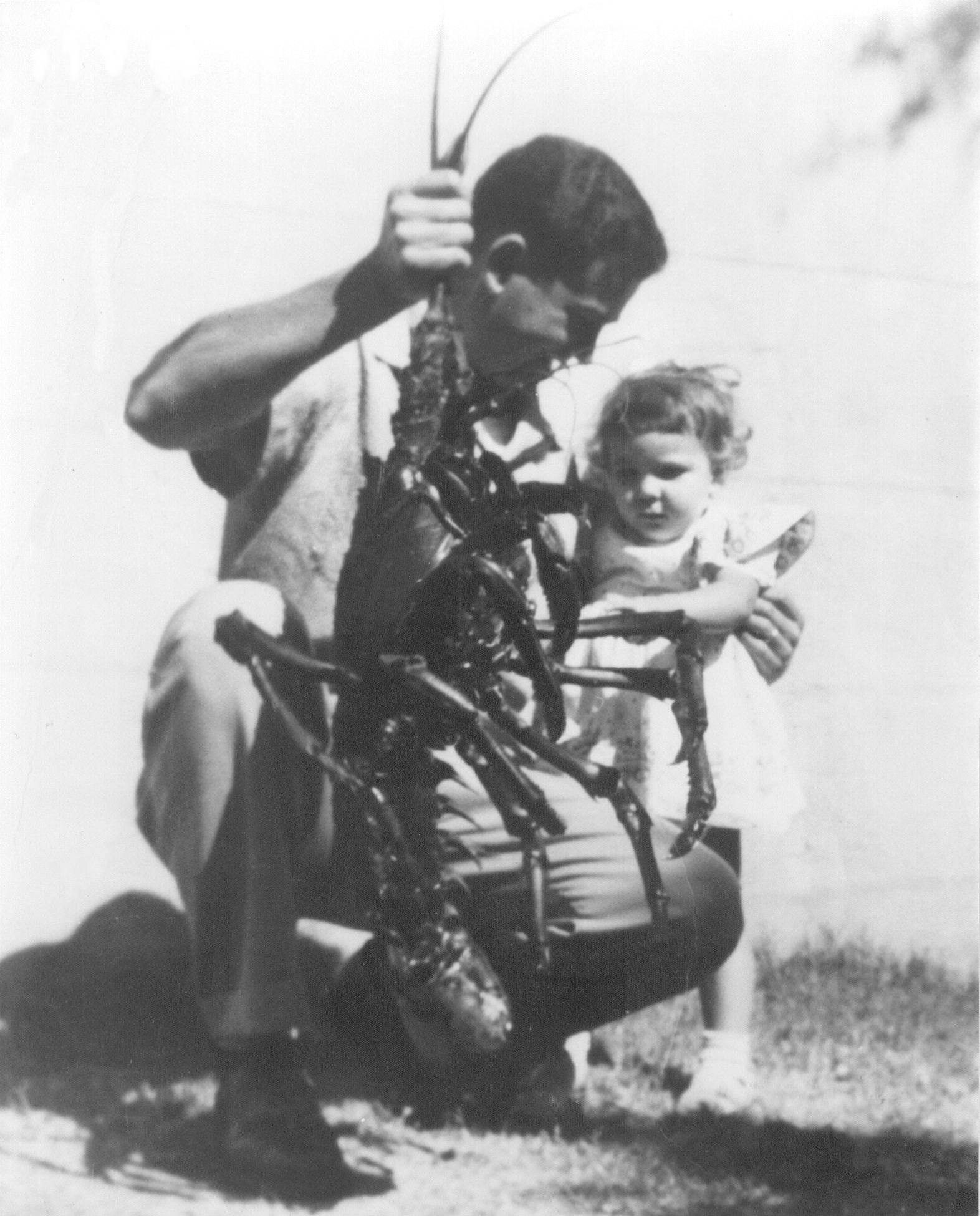 My Uncle Keith holding a lobster my Dad and Godfather caught off the coast of California. We would have a huge lobster party on the beach in Santa Barbara. 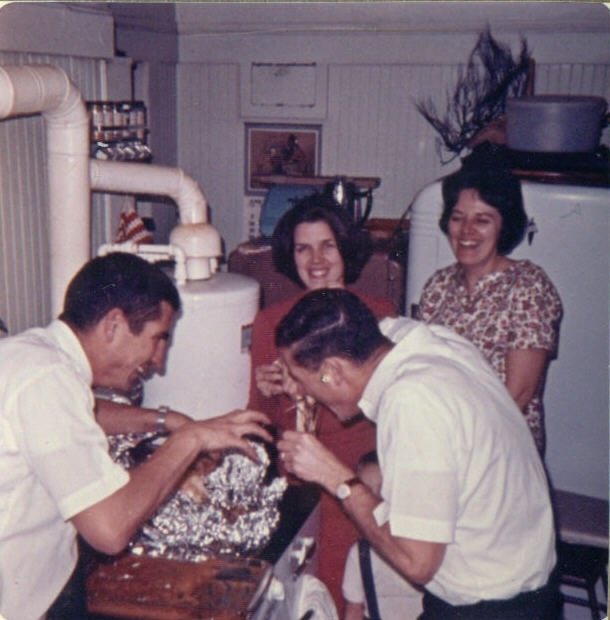 Thanksgiving with my parents and Uncle Keith and Aunt Betty.