Love. Esperanza walked to the back of the fully bloomed and now entangled garden. It was where she knew she could always find the pulse of love. The sounds of late summer surrounded her, but all she could hear was the steady beat of her favorite beloved Bob Marley song, Exodus. It had only been 3 days since they had returned from Puerto Rico, but already the demands of a new school year were closing in on her. Carlos, now a young man, had returned to his job as a lawyer in a New York City human rights firm and Izzy was on her way with him. She wanted to go with them. Her heart ached with the longing. This would be Izzy’s last year at NYU. But it was also Angelica’s last year in high school and she needed to be here. She switched her phone to play the kids’ favorite song they had turned her onto over the summer, Mi Gente by J. Balvin & Willy William. She smiled.

The path to the altar at the back of the garden was paved with rocks and other natural objects that she had found and laid throughout the years. It was a ritual her kids had picked up as well and now the path was theirs. It was Angelica that had decided the laying of objects would become a ritual and it was Izzy that had added the lighting of candles. 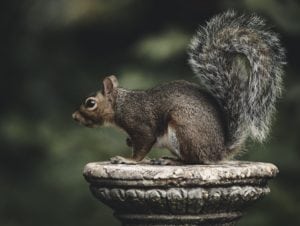 Photo by Peter Lloyd on Unsplash

Esperanza shrugged the bag from her shoulder, rifled through its contents, and retrieved each object and turned them over before placing each in a new place. A piece of wave-washed glass, a sun-bleached piece of coral, several weathered rocks, and a large glass bead that Izzy had found on the path to the corner grocer were now a part of the garden. The tropics had come to New Hampshire.

Esperanza sat on her garden bench and prayed.

She remembered. It was love that gave meaning to all. It gave meaning when all else was laid to waste. Sometimes, the gift of love seemed to lose its force in the light of everyday life. It was easy to wish for more when everything seemed to be always the same. Monotony screamed for excitement, but she knew the allure of more was an empty illusion….The clear turquoise of the cenote was also the chilled black waters of an earthbound abyss. She shivered. Yemaya.

Blessed Yemaya was calm and angry. She was duality wrapped into a blue and white cloth. The great universal mother, Yemaya was the embodiment of motherly love, but she was also wrathful. It was the same with her mother, Mimi. She was complex like the clouds that were the bearers of deeper meaning–vapors of shape-shifting water, tears tucked deep within cumulonimbus clouds that piled up into thunderheads.

Hail Mary full of grace…Esperanza crossed herself and walked slowly back towards the house. She switched the song to Dura by Daddy Yankee.

She wasn’t ready to leave her Caribbean roots just yet. Tomorrow, she would don the more conservative clothing of her town. But not tonight. She danced her way back to the house. Tonight, she would make moros y cristianos and after the house was quiet, she would pull out her found sea glass and river rocks and make the jewelry from which she was now making a living. It was her dream time and she was already feeling the love and peace from the world. Her world and that of her loved ones. She thought of her friends–her sisters. The world was a safer and saner place with her friends breathing the same air. Somewhere in the world, their breath mingled as it crossed the globe.

She said a prayer and sent it on its way to find them.